I bought my first guitar when I was 14 years old after saving enough money from working in my sister’s cafe in Whitby (while her husband was touring with Reggae band ‘Jab Jab’). Over time my favourite music style has changed from heavy metal to rock to grunge to electronic. Bands that motivate my guitar style include U2, Red Hot Chili Peppers & Pink Floyd, as well as some older influences (thanks to my big brother!) of the Grateful Dead and Neil Young.

For several years we organised regular jam sessions in Zurich. Our house band was ‘ZuriLive’ – fun times. I worked together with MILK67 to create a new crossover sound, mixing electronic big beat/techno with live guitar. We played together in Paris, Zurich and Cologne, and we organised the spectacular ‘Big Bang Truck’ at the Zurich Street parade in 2010. Between 2012-2014 I was working on my solo album: 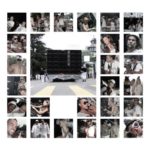 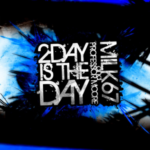